I use Voicemeeter Banana for everything, it opens up with windows, and I work producing, mixing and mastering, it makes life super easy for working with multiple ASIO programs and having multiple input and output devices. It's absolutely wonderful. But I suddenly realized a big, BIG problem.

I don't know when this started happening, but last week I noticed some programs had a lack of highs and other didn't, like listening to the same track on REAPER was okay but in Foobar2000 was messed up. I thought it was the file quality or something but I was wrong. It was Voicemeeter "coloring" the audio when played from some apps and not from others! And this did not happen when using asio4all or windows direct out (turning off banana).

I ran some tests and it looks like when using ASIO sound output works as intended, but when using DirectSound Voicemeeter messes it up.

Here's a white noise coming out of FL Studio (Left) through ASIO, the audio is routed in Banana to B1, and REAPER (Right) picks up that signal. Everything works as intended: 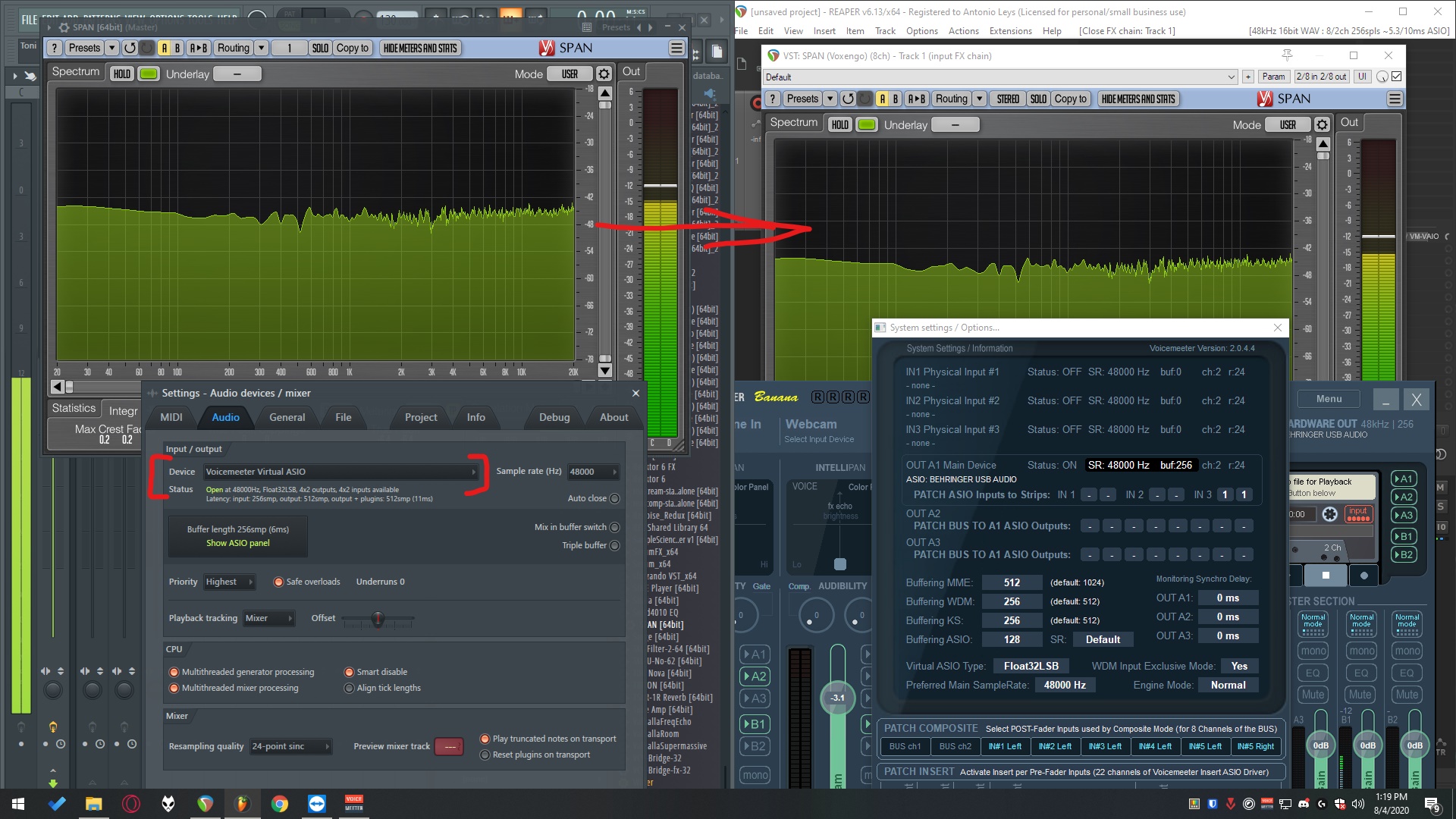 Here's the same exact configuration but now FL Studio is outputting through DirectSound: 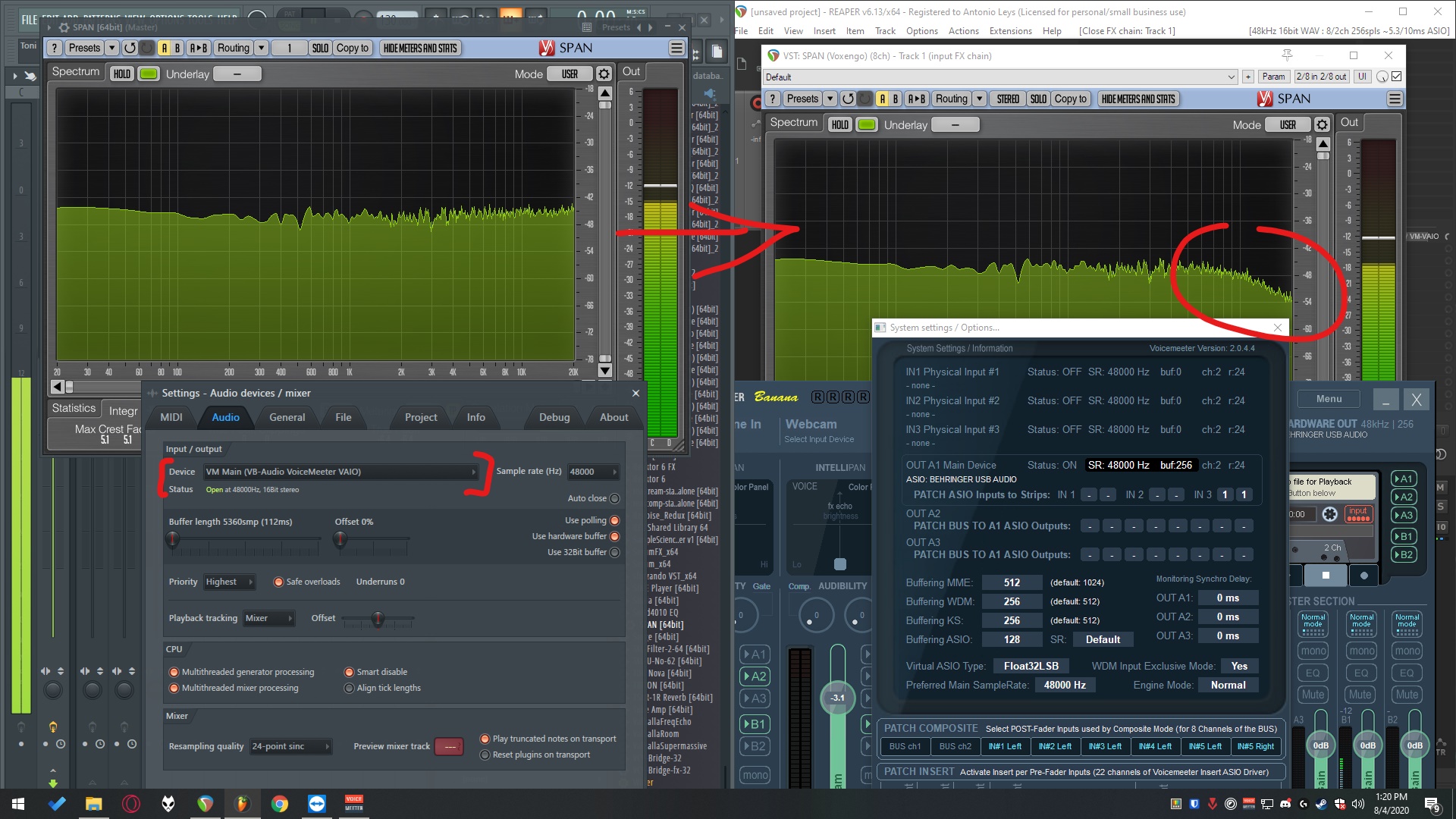 You can see that big dip in the high end.
I tried playing the same white noise audio through the Voicemeeter recorder and the same thing happened: 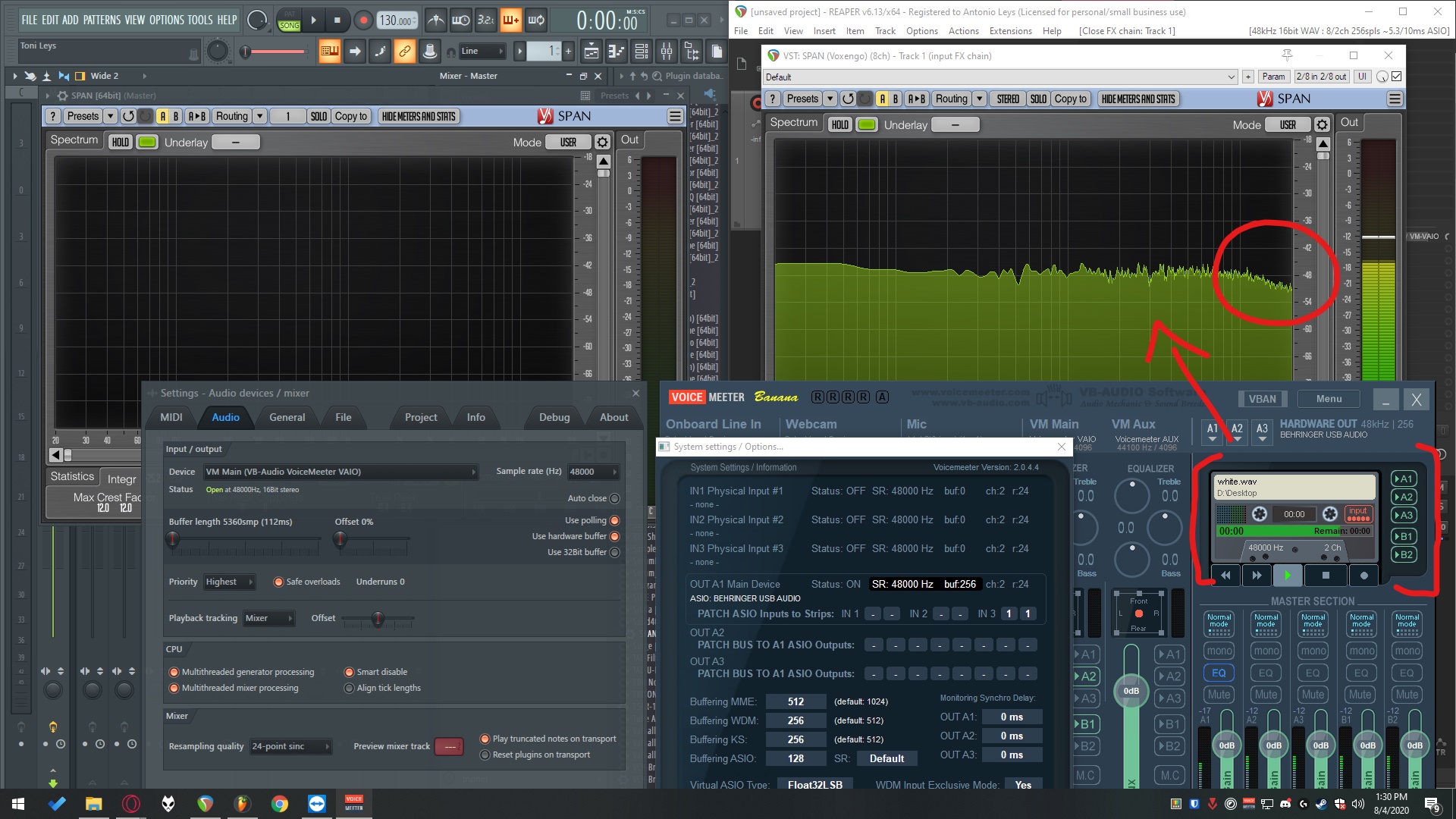 Some other considerations:
- I have every and all my programs and devices configured at 48000Hz 24Bit.
- One could think the "lowpass" effect has something to do with resampling or samplerate, but the antialias filters are above 20k, we souldn't have a 3dB dip at 10kHz!
- I tried A LOT of stuff, from changing the samplerate of each device (physical and virtual) or program to using different output devices, the problem persists.
- At some point I thought I got rid of the problem when changing voicemeeter to 44100 and keeping the program at 48000, but the frequency dip was actually there, just less pronounced, and I think it was worse because the added high frequencies were actually aliasing from a bad resampling at some point of the chain.

If anyone knows about this and can help me fix it that'd be fantastic. Or if I'm the first person to find out about this (I didn't find anything about this on internet), it would be great to have other people run the same tests!
Top
Post Reply
1 post • Page 1 of 1