I've been having big problems the last few months with Potato that I never had with Banana. It seems there's a problem with it to where after extended amounts of time with the PC screen-locked, the UI will become visually unresponsive, or not responsive at all. For example, at some times, if I hit the menu button, it will pop up, but it will initially have a white border with a black interior, and as I move the mouse down though the menu options, they will highlight/appear as normal. Other times it is totally unresponsive. Sometimes, I can hit a mute button and the associated audio will mute, but the button state in the UI will not change. When any of these happen, I have to either shut it down, or when that doesn't work, kill it through the Task Manager and restart it.

I'm running Windows 10 with all updates.

Anyone else having this issue? Can provide more info as requested.
Top

After some time (no screen lock here) the UI gets unresponsive and the right-click menu on the system tray VM icon is white blank. The buttons still works if I approximate the shutdown voicemeeter position and then start it again which brings the UI back.

I'll take screenshots next time it happens. Can I look at anything else for troubleshooting?
Top

I gave up trying/waiting and am not using Voicemeeter any more. I'm sorry, but seven months is just a little too long to wait. I'm using a hardware mixer now.
Top

Ok, back with screenshots as well as thread stacks from Process Explorer. 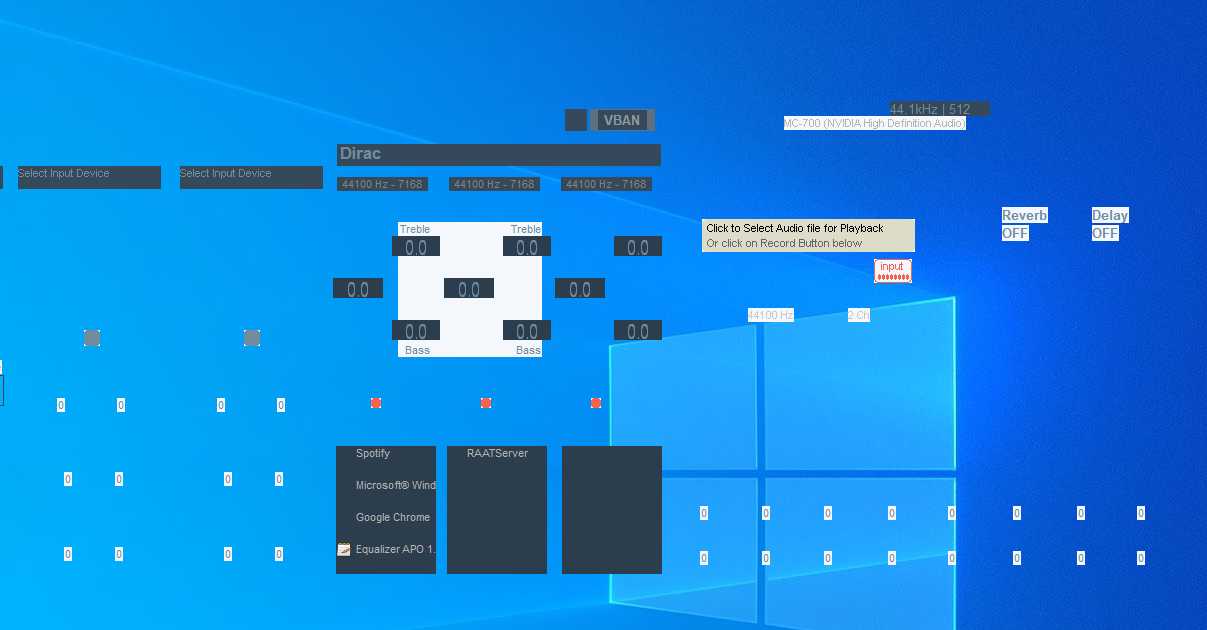 Yes, it is "transparent". Buttons seems to response if I can guess where they are, at least on the Tray menu not sure about main UI.
Top

Posting stuck vs. normal state thread stack from Process Explorer which might help (limited to 3 attachments per post): 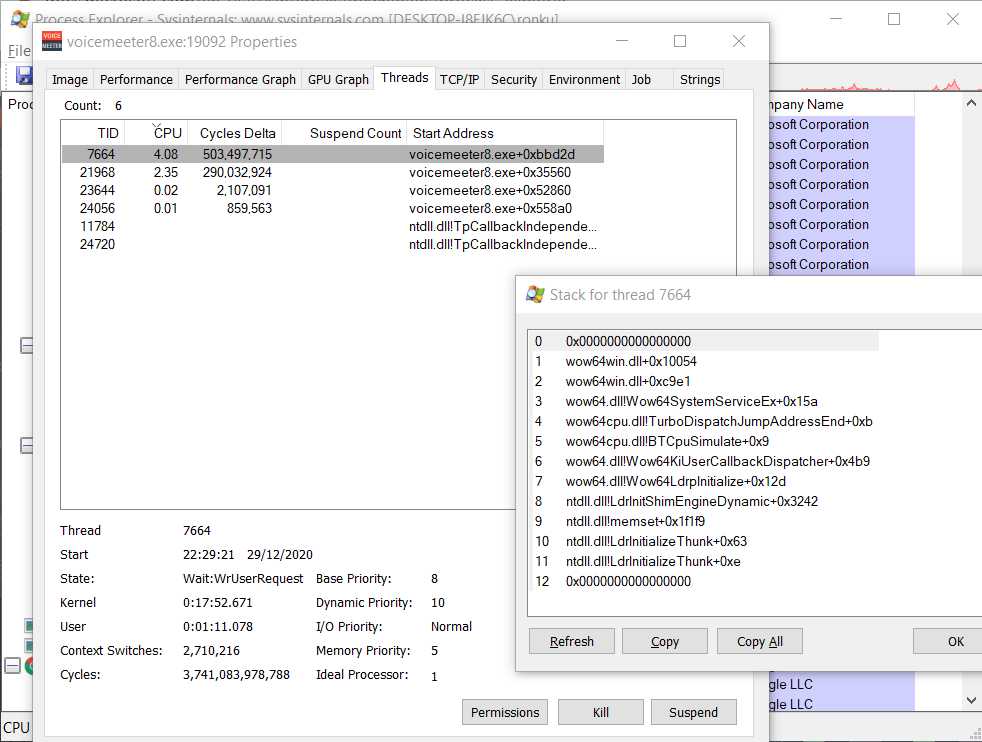 As observable from the screenshots besides the stack difference, the stuck state also has a ntdll.dll threads spawning (green) and terminating (red) continually which is not present in normal state.

Hope this could help troubleshooting this very annoying bug.

If I can help by collecting more data points during stuck state please let me know which.
Top
Post Reply
20 posts