So it all started like a year ago, when I first began using then decided to buy Voicemeeter. I've never been happier with its features, but for the regular crashes I kept having. Until recently, it wasn't too much of a bother, though, I just had to restart the app and, since I wasn't doing much besides listening to music, playing games and the like, it was manageable.
But I started playing online more, having Discord calls quite often, also started streaming and recording a bit on my own. Said crashes were much more of a PITA then, so I figured I would look into the issue more seriously.

I actually found quite a few things to sort out :
- consistency between all elements of the audio chain, regarding sampling and bitrate
- audio interface buffer
- uninstalled everything and restarted from scratch, with reboots between each installation (Voicemeeter, Audio cables), since apparently Windows 10 updates were bound to mess things up sometimes

But, more recently and more importantly, a major breakthrough/realization, when like 3 weeks ago I found out that I was using the KS entry from my Focusrite to input on Input 1. Big mistake, as you experts will probably immediately see, so instead I obviously setup the PATCH ASIO feature, and things started to look better for a couple weeks. No crashes at all from March 14th until March 31st, and I was sure I had it sorted.

That was until yesterday, when I began to see the return of the dreaded random crashes.
To elaborate, those usually happen when I start an app or a game. Sometimes it's OBS, sometimes it's the Epic Games Store, sometimes it's my audio player, sometimes it's when I launch this game or that. No real pattern here, except that Voicemeeter crashes at the exact moment I launch something, apparently randomly.
If the app has been running long enough, I can also trigger it simply by clicking on any Ax button (A1 through A5), which would normally bring up the list of devices to chose from, but in my case it can sometimes make the app crash...

I checked the Windows Update log, there was nothing in sight which could explain this sudden change of behaviour. I'm at a loss now...
I think that, at this point, my audio chain is as clean as it will ever be, and the software part / settings are finally OK. I just don't see where to even start looking from there, so any insight/help would be much appreciated.

Below I'll provide as much details as possible, don't hesitate to ask if you see anything else which might be relevant.
In Windows' Event log, those striked are not voicemeeter crashes. All the others are. 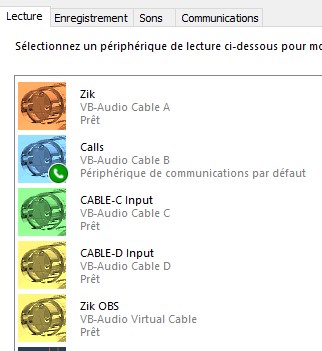 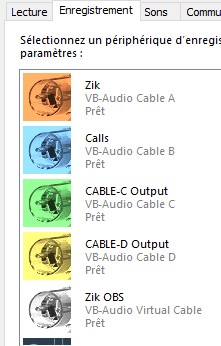 you may first consider to install latest version 3.0.1.8 because we have corrected many things in this version.
https://forum.vb-audio.com/viewtopic.php?f=6&t=498

secondly you may consider re-install VB-CABLEs too, to get back their original name:
https://forum.vb-audio.com/viewtopic.php?f=7&t=688

in fact you may
- de-install Voicemeeter +VB-CABLE
- be sure it remains nothing in Windows Device Manager
- check your other device work ok
- re-install VB-CABLE and Voicemeeter step by step as explained in previous topic.
Top

Okay I will do just that and see if it helps, thanks for your input !
Also, I wasn't aware that renaming virtual cables could be a problem, I'll refrain from doing that.
Top

One week later, and I'm happy to report that there's nothing to report.
Unfortunately, I'm unsure whether it's because of the new version or the complete reinstall (although I had already done a complete uninstall/reinstall, so there's that).
But at the end of the day, I haven't had any crashes since. Will update if it comes back, but for now I'm enjoying

this is the goal of update, to also correct different potential problem.
Top

After a long respite, the problem is back. But this time I am pretty sure it is related to the latest Windows 10 update, which I installed a few days ago, and crashes started occuring again shortly after. Before that, I haven't had a single one since my last post, so yeah...
I can safely assume that the culprit is pinpoined.

My question now : is there any other solution besides uninstalling and reinstalling the whole thing (VoiceMeeter + all virtual cables) ? It is a hassle, especially since cables don't default to the correct bitrate/sample size so I have to go over all of them, plus I must configure all inputs and outputs again, app by app, in Windows Audio setup. Pains me having to do it with every Windows update, really. But I do understand it's not an issue on your end, no problems there, just wondering if there are any reasonable shortcuts, or if it's just that.