I've been trying to setup my secondary PC as a stream PC, and I wanted to try the VBAN functionality via Voicemeeter, but unfortunately I've been having the same issue a number of other users have been experiencing.

Specifically, the secondary PC, which should be receiving, isn't detecting any incoming streams.

Both PCs can see each other, and pings work on both sides. I've also disabled the firewalls on each computer, as well as added exceptions for the voicemeeter executable. The only thing I can see going wrong is when I check the info button on the receiving computer, it says "ipv4: not found", and I've attempted the "Retry to resolve IP address..." option several times. 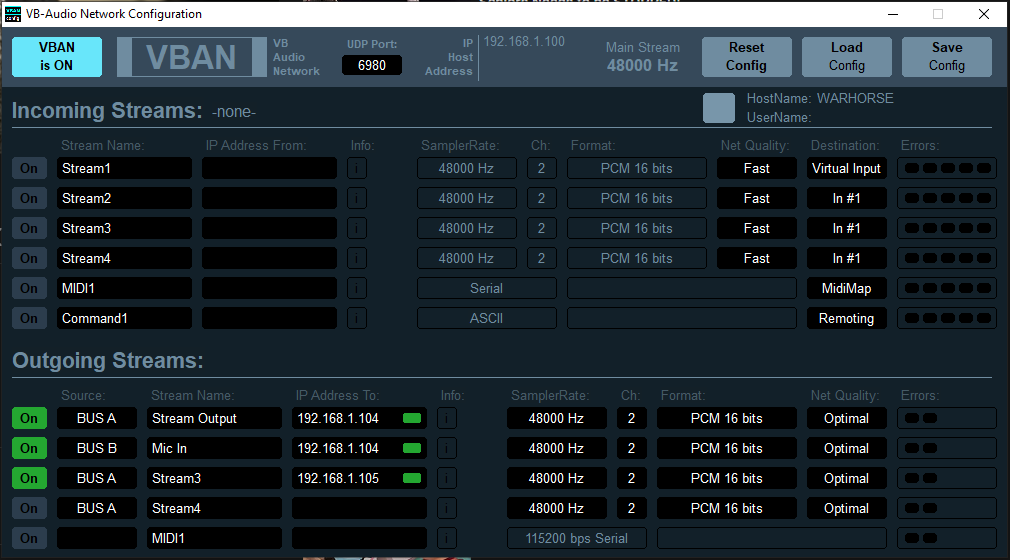 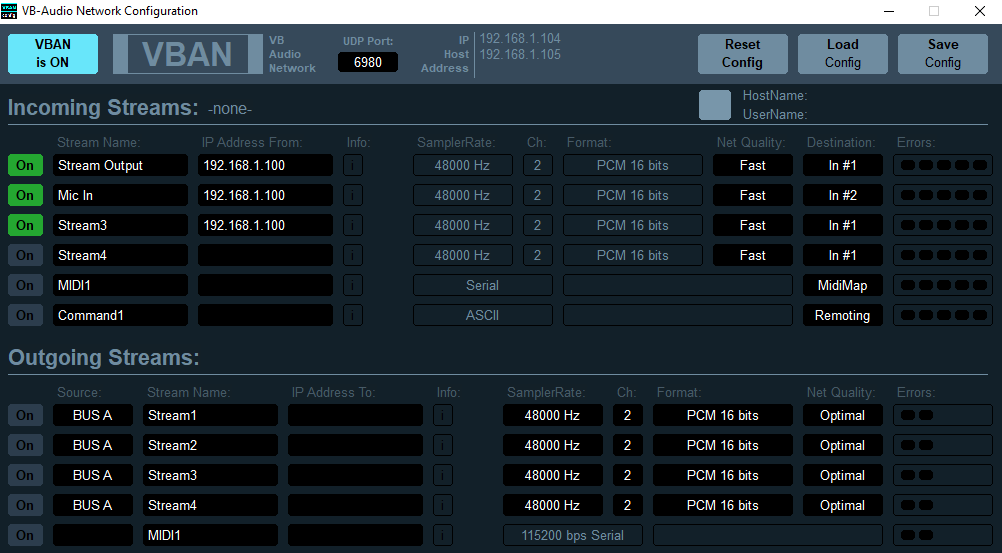 Re: Incoming Streams: -none-

on incoming PC, i don't see information about Main Stream.
you may check check that your output A1 device works.
Top
Post Reply
2 posts • Page 1 of 1